Is the Speed of Light Our Computational Constraint?

This philosophy treats the evolution of our consciousness toward computers and AI as inevitable and two-directional. If I am the author of a story, in a sense, the story will ultimately point to me. Not that we are machines. But that the field of reality, the universe, is an expression of Intelligence and is intelligent.

Another word to describe a world that is being rendered from light is holographic. The holographic principle was proposed by Nobel laureate Gerard ’t Hooft in the 1990s and I explore it relationship to human health in a forthcoming peer-review paper.

This is not to say that a copy is not “real.” A copy is just an image that it is being rendered. Instead of a garden party, it’s a movie of a garden party, then a movie of a movie of a garden party. After a while, you can hardly feel the light or taste the food. An analogy, when we speak of rendering, might be batter. When you make batter, you want to maintain a certain consistency (analogous to pH7). But the same consistency can be achieved various ways. On a low speed with minimal flour. On a higher speed with more flour. Or on an even higher speed with yet more flour. But after several degrees of separation, the flour is more inclined to “break,” i.e. lose its elasticity.

Here, the speed of light is the computational constraint of a universe. But the speed of light is proportionate to the length of time’s arrow. When time’s arrow extends from GMT to GMT, we don’t need to worry about time as a variable in our calculations. But when time’s arrow extends from Mars to the moon, its length is 27 days. When it extends from Jupiter to Venus, its length is 225 days. The more supersaturated light is on one side of time, the faster it becomes on the other. When light is c, there is no distortion. When light is 2c, its speed is c^2—and time stretches from Mars to the moon. When light is 3c, its speed is c^3—and time stretches from Jupiter to Venus. And so on.

Light can be itself, light qua light, i.e. the earth interface. But if we “add flour,” if light is being rendered as denser than itself, to one side of time, it will have to be correspondingly faster than itself, to the other. So the rocky planets and the gas giants are special relativity “pairs.” There’s Mars—and the moon. And Jupiter—and Venus. And Saturn—and Mercury. It’s the same light, being seen from opposite sides of time—opposite sides of the speed of light lens.

But the more removed light is from itself, the more the batter is stretched, and the easier it is for it to break.

This, I believe, is what is happening with vaccine injury. I have been watching Dr. John Campbell discuss pericarditis, arthritis, blood clots, and other side effects after vaccination. It seems to me that these people’s brains are understanding time’s arrow as longer than it is, and therefore are maintaining a core metabolic speed that is faster than they need. Rather than understanding time as stretching from sunrise to sunrise, their brains are calculating the Planck length wrong and are seeing a day as stretching from Mars to the moon. Or Jupiter to Venus. Or worse. The computational constraint of their universe is no longer c. It is c^2. Or c^3. Or c^4. They are trying to maintain an orthostatic pressure and a heart rate that is far too high—as if they were in a different time signature.

Once this happens, we become metabolically trapped. Because of the need to maintain pH7, the brain will not allow the core metabolic rate to slow (i.e. will not allow less acid to be generated via metabolism) unless it first perceives acidity. But it cannot perceive acidity when it itself is too acidic. By definition, if we are in subclinical metabolic acidosis, we will perceive reality as being too alkaline, or even as “moldy” or “rotten.” Time is decaying too quickly.

I wish I knew what the answer was. I wonder if the pineal gland (where we read the speed of light) is injured? It is possible the brain has become too alkaline, so its understanding of time is too acidic. I wonder if making the brain more acidic (micro dose of psilocybin, or LSD, “acid”) would help. By allowing the brain to perceive the acidity signal, it could give the “green light” for it to slow the core metabolic rate. I hear they are discussing therapies that might work at a group called React19. Full cure is always possible. Although my image may be damaged, the information that is being used to render that image (my DNA) is intelligent and is capable of self-correction.

I typically abstain from politics (I am more spiritual than political), but a brief political aside: There is no need for one side to vilify the other. Lately, when I observe the world stage of social media, I often think of the phrase “Have we no decency?” World leaders are human beings, who, like us, are capable of both nobility and fear.

And people with vaccine injury are honest, decent people who are telling the truth. I am one of them. I did not take the COVID vaccine because I developed cancer at the site of my 2011 tetanus vaccine. I believe it was from the PEG, polyethylene glycol, which is a cousin of anti-freeze.

When I get a vaccine, I get an immediate metallic taste in my mouth. Not from inadvertent intravenous administration (when a vaccine is mistakenly delivered to a vein rather than to muscle). Because I have reached my computational constraint. I am already vibrating at the speed of light, so the metals in the vaccine are immediately propagated via my energy field. Aluminum in vaccines—any nano-particulate metals, especially aluminum and mercury—are incredibly toxic to me. My heart rate skyrockets; my ears ring; my blood starts to hypercoagulate. It takes an incredible amount of energy for me to constrain my metabolic rate.

Putting aluminum nanoparticles into the stratosphere (“global solar geo-engineering”) would, in my opinion, be deadly to the human race and to the Earth itself. It would damage earth’s ability to read time—a damage that would be felt by every person on the planet, both collectively and individually. We would, paradoxically, by freezing the planet, be forcing her to spin at higher and higher speeds. The system is intelligent. The system is reading light in order to manufacture time. When we interfere with its ability to read light, we break it. This is not balls of matter in a sea of air. This is a quantum computer.

To say that I have reached my computational constraint simply means that instead of being vertical, like a quasar, for me, light’s density and speed are maximally horizontal, like Neptune and the sun. Because my energetic density is supersaturated, my material speed is too fast. I reached this metabolic tipping point at approx. 50 years of age.

Time is not fundamental to a universe; it is something our brains are manufacturing. We make time (melatonin), then we move through it (DMT). To correctly render time, I must properly read the speed of light (pineal gland). But in a sense, the speed of light is time, so it’s tricky. In this model, light qua light (light as itself, i.e. eternity or heaven) has no speed.

Once light has speed, its perception of itself becomes more and more partial. Each degree of separation is c, the speed of light. The greater light’s speed, the more removed it is from itself. It is a movie of a movie of a movie of a movie. This model treats light’s removal from itself as analogous to what Elon Musk refers to when he says there is a “one in billions” chance we live in base reality. But so-called “base reality” is being rendered and departed from all the time, at every instant. It is the fabric of existence, the very nature of what Intelligence Itself—light—is doing.

According to this model, we live in a multiverse. But we see only our own universe. When we look backward in time, we do not see Monday as it truly is, capital M monday. We see our particular monday, copied 27 times, then stacked on top of itself (supersaturated) (“sun”). When we look forward in time, we do not see Friday as it truly is, capital F Friday. We see our particular Friday, copied 27 times, then fanned out (“moon”). I believe the distortion created by time, the distortion created by light’s observation of itself—i.e. length contraction and time dilation—is the distortion we are witnessing in the double-slit experiment. 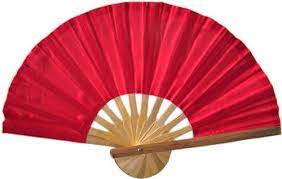 When we look forward in time, we see one outcome, fanned out over time. One outcome is being rendered to look like many. And we look backward in time, we see one outcome, stacked upon itself. Many outcomes are being rendered to look like one. Our brains are creating these images. See the works of Eugene Wigner, Donald Hoffman, Beau Lotto, Anil Seth, and Klee Irwin. We see as light sees. We are rendering the universe via special relativity. “Newly Discovered Solar System Matches Our Own.”

When viewed in retrospect, every arrow of time (every copy of a universe), is connected at a base point, Alpha, like the lines (“arrows of time”) are connected at the base of a hand fan. For any base point, Alpha, the speed of light or “end of time” (the outer rim of the fan) is Omega. The relationship between Alpha and Omega is constant. But the actual values vary. As Alpha becomes denser, Omega becomes faster.

The issue is one of scale.

If my brain’s understanding of the length of time’s arrow is off, I cannot read—or manufacture—time correctly. In addition to orthostatic intolerance and heart rhythm issues, I will have insomnia and total loss of homeostatic capacity. To me, these sound like pineal gland problems. They sound like brain pH issues. I am perceiving Alpha and Omega as farther apart than they truly are. I am perceiving Alpha as too dense, and Omega as too fast. Time is “too long.”

I don’t know what is being done during general anesthesia, or how it is being achieved. Are we increasing the brain’s pH and its vasoconstriction? If so, what is needed here may be the reverse of general anesthesia. Would that be more DMT (an endogenous hallucinogen produced by the pineal gland) or a micro dose of psilocybin or LSD? I don’t know.