I am looking at holographic models of the universe where a lot of illness centers around issues of scale. 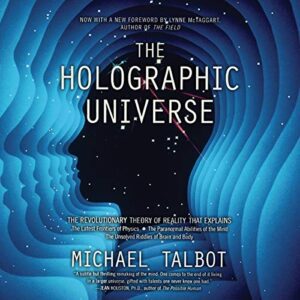 The scale at which the body is rendered is meant to scale with the size of the universe—the length of time’s axis.

First we make time (melatonin). Then we move through it (dimethyltryptamine/DMT). But … how much time should I make? How long is time’s axis?

If time’s axis is perceived as too long, in addition to the demand for melatonin being too high, the scale at which the body is rendered will be too large. Anti diuretic hormone (arginine vasopressin) can be being used to increase blood volume. Blood volume will be used here as a proxy for image size, i.e. holographic volume.

This results in a kind of optical illusion. The person with high blood volume appears to have problems with excessive vasodilation, with orthostatic intolerance and POTS symptoms. But perhaps the vasodilation is being kept too low because the systolic pressure is too high—which we don’t perceive, because the distance the blood is traveling is too long.

When you find an image on the Internet, sometimes if you try to stretch it with your fingers to make it larger, it bounces back to its original size. It lacks the energy, the pixel power, for the enlargement. But what if you were somehow able to force it to enlarge?

The degree to which the systolic reading is high may be hidden in the altitude, i.e. the distance blood has traveled, the “length of the track.” It is hidden in the blood volume, in other words, which is not something we overtly measure. We don’t measure it frankly—but we have indirect evidence that blood volume may be high in the body’s exaggerated use of anti diuretic hormone (arginine vasopressin). Are we using anti diuretic hormone to keep the blood volume high because our image of the body is too large, because our brain is reading time as too long? 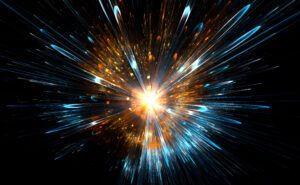 Well, let’s look at pH7. Let’s say pH7 is like the halfway mark of a thermometer that stretches from 0->14. If I think the thermometer is longer than you do, I will render pH7 differently. It may look the same, but instead of being “flat,” like yours, my pH7 has speed. Instead of water, I am fast ice—but you don’t see it, because my ice is spinning at water’s speed. My rendering of myself is incredibly strenuous and inefficient; first I am freezing myself, then I am running at the speed of light to counterbalance the freeze. Instead of green, I am 10x yellow + 10x blue. Or 100x yellow + 100x blue. Or 1000x yellow + 1000x blue.

Just some ideas. Please let’s all keep thinking about this, the people I know with ME/CFS are suffering and they are dying—my friend Heather Colman-McGill, my friend Kristina Hines—and they are largely being neglected by medical research.

UPDATE: Peripheral resistance—the need for the size of the blood cells and the blood vessels to approximately match—may also be part of the issue. Healthy cells are seen here as distinctly SMALLER than post-COVID blood cells. I have learned so much from videos like this one. Please let us not silence scientists. It is anathema to our ability to advance as a society, and an insult to integrity and truth.